Oberpfaffenhofen, 28 June 2022 – OHB System AG, a subsidiary of the technology and space group OHB SE, will be providing the instrument for the ninth Earth Explorer mission of the European Space Agency ESA under a subcontract from Airbus Defence and Space. The contract was signed last night at an event hosted by prime contractor Airbus at the Palace of Westminster in London. The mission, named FORUM (Far-infrared Outgoing Radiation Understanding and Monitoring), is intended to contribute to a better understanding of the Earth's radiation budget by measuring the long-wave infrared radiation emitted by the Earth and to provide new insights into global warming.  A large part of the mission will be realised in Germany, with the contract value for OHB amounting to a good EUR 90 million.

Knowledge gaps to be closed

Observing the Earth from space is one of the most important functions performed by satellites for the benefit of humanity. It is only through observation from space that it is possible to grasp and understand the Earth as a system. Particularly in the context of climate change and the resulting challenges for humanity, it is important to collect comprehensive and reliable data in order to document the changes that have already occurred in our environment and to be able to better predict future changes. In this regard, there are still serious gaps in our knowledge, some of which are to be closed by ESA’s Earth Explorer missions.

Another piece of the climate puzzle

The objective of the mission is to study the Earth's radiation budget. How much radiation is emitted from the Earth into space depends, among other things, on the composition of the atmosphere. Clouds, water vapour and greenhouse gases in the atmosphere can retain heat that would otherwise escape into space.

FORUM's primary objective is to detect radiation in the far infrared range of the electromagnetic spectrum, as this accounts for a large proportion of the total heat radiation emitted by the Earth. For this purpose, the satellite's payload will consist of a special interferometer which will be manufactured at OHB's facility in Oberpfaffenhofen near Munich in Bavaria. It is the first time that such an instrument has been used as the main payload on a satellite and the scientific community is hoping to obtain another piece of the climate puzzle with the data.

Justin Byrne, Head of Earth Observation and Science at Airbus Defence and Space UK said: "Airbus looks forward to working with OHB to deliver this critical ESA Earth observation mission to measure the full spectrum of infrared radiation from the Earth for the first time."

"We are very excited about the official launch of the project," said Eva Semmler, Project Manager for the FORUM instrument at OHB. "The technologies required for FORUM are new and very demanding and the preparation phase for this mission was intense. We are highly motivated to now turn the instrument design into real hardware together with our partners and to meet the very ambitious schedule."

The launch of the satellite is currently planned for 2027. 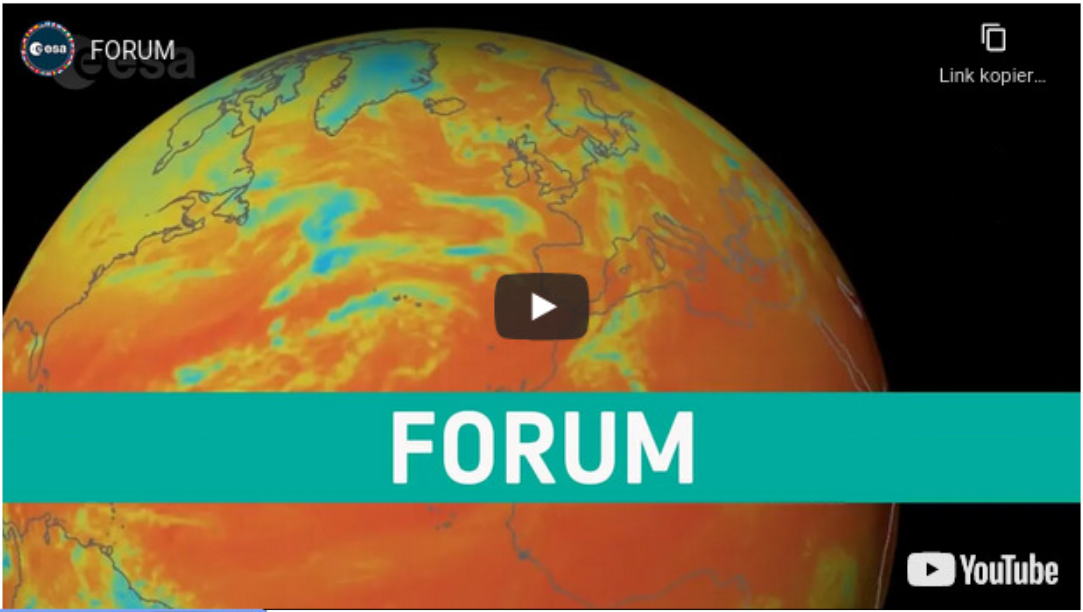